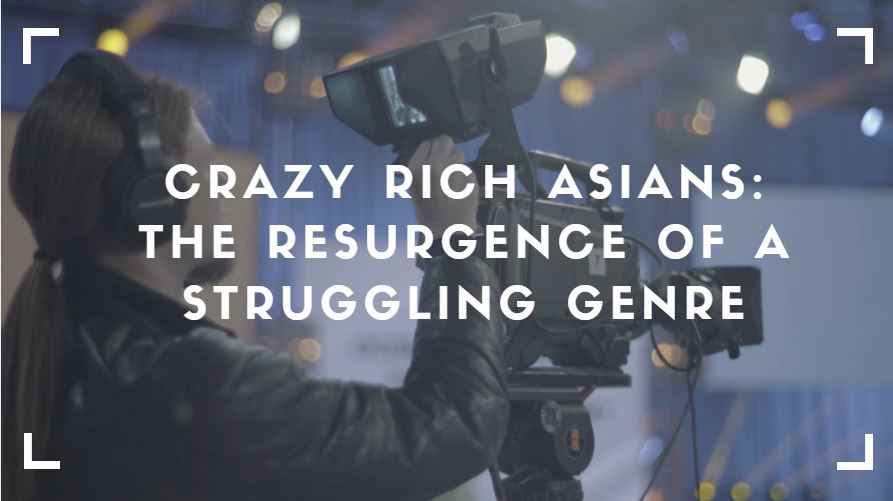 Crazy Rich Asians: The Resurgence of a Struggling Genre

When Crazy Rich Asian came out on August 15, it’ll be the first studio film with an all westernized Asian cast and creator to hit movie theaters ever since 1993’s Joy Luck Club – and it almost didn’t even make it to the theaters. Crazy Rich Asian was acquired by the Warner Bros. studio, beating out other studios, including a distribution offer by Netflix. Netflix tried to coax by offering “artistic freedom, a greenlighted trilogy and huge, seven-figure-minimum paydays for each stakeholder, upfront.” The original book’s writer Kevin Kwan and Director Jon M. Chu weighed their options, because Netflix was willing to back them financially. However, the duo understood the value of representation and wanted to put Asians actors onto the forefront – and they have succeeded in that, as well as in the box office.

As of October 18, 2018, Crazy Rich Asians is heading for an exciting first weekend, racking up $22 million from more than 3000 North American movie locations. So far, the movie has been able to secure $16 million, with Constance Wu, Henry Golding, Awkwafina, and Michelle Yeoh starring in the romance movie. Currently, Crazy Rich Asians hold a Rotten Tomatoes score of 92 percent certified fresh and an “A” CinemaScore.

A resurgence of a Struggling Genre

In a time when old-school romantic comedies have largely been relegated to Netflix original shows and obscure distribution channels, Crazy Rich Asians deliver an unabashedly charming love story, with a predictable but satisfying narrative with a satisfying arc and plenty of relatable characters. But Crazy Rich Asians is a cultural marker, opening up the story in a way that sets it apart from typical Hollywood romantic comedies.

In this case, it’s about a metropolitan girl falling in love with an astoundingly rich man. New York University economics professor Rachel Chu believes that her boyfriend Nick Young is just the quintessential nice guy from Singapore who doesn’t like to talk much about his family ties. When he finally invites her home to attend the wedding of his best friend, she learns that Nick comes from Singapore’s wealthiest family, heir to a massive fortune.

As an Asian American from a single family household, everything about Nick’s life comes as a shock and Rachel is unprepared to deal with the unique challenges of being presented with the idea that her boyfriend is wealthy. Added the unique challenges of Nick’s conservative and controlling mother who does not approve of her son dating and potentially marrying someone of a lower social class, and the story is ripe for teachable moments anointed with comedic relief.

Director John Chu has a background in productions where dancing is a centerpiece, and that is portrayed in the choreographic grace in the movie’s many parties and social gathering. The affluent Singaporean family lives an extravagant lifestyle, and Chu captures it all with vibrancy, making Singapore look both inviting and intimidating. As grandiose as the settings may be, the central relationship of Chu trying to manage powerful emotions, Crazy Rich Asians showcases the right balance between a new spin on a genre that is sometimes overlooked.