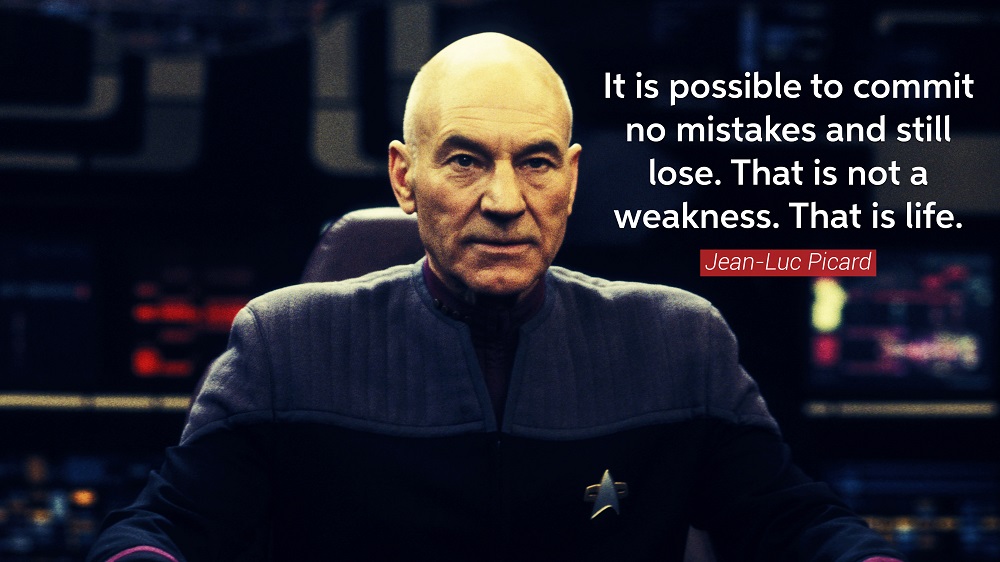 Star Trek Jean-Luc Picard is back

The Trekkies were on for a big treat after the announcement that Sir Patrick Stewart is back to command the Starship USS Enterprise in the famous Star Trek: The Next Generation that revived the Franchise from 1987-1994.

The wide success of the new series revival Star Trek Discovery that was launched in 2017 and gained a lot of success has opened the appetite of the producers of CBS to venture not only in its renewal for a second season but also bring another show to their eager and loyal viewers but rather with a nostalgic twist.

“Jean-Luc Picard is back” that’s what Sir Patrick Stewart announced at the star trek convention in Las Vegas. His announcement came with a profound speech about the character and its effects on him and his fans. He stated that the impact of the show on the people and him also, changed his mind into reconsidering reprising his role after he declined it at first. He said that “gradually it became clearer and clearer to me that the power of that show, the success of that show, the benefits it gave” what made him change his mind.

Patrick Stewart then continued to explain how the character will be. He said that the show will be 20 years after the last movie Star Trek: Nemesis and about an older and changed Picard. What are we to expect from the show? Well as it’s still in production we cannot know but one thing certain, the beloved captain will once again take us boldly where no one has gone before.

Jean-Luc Picard is a leader known for his moral, leadership, scientific mind and decision making. This character which influenced many people for the greater good will do so once again and at the right time as well. When real life leaders are unable to have true leadership and are too busy enforcing their hate propaganda, the new star trek show will hopefully shed light on the mater. There might not be any intentional message that will be present in the upcoming series but through the character itself we will be able to grasp on how true leadership should be like. Sir Patrick Stewart mentioned how a detective sergeant wrote to him about how when he feels down from society he takes the Star Trek: the Next Generation DVD and gets reassured that we still have a future. This is an example of how this show might touch on political issues and even though entertainment and politics should be separated, but dire moments such as the ones we live in our present time, these require full exposure.

Star Trek has always been a positive look into the future of the human species in contact with other aliens that we share the universe with. Expanding the franchise by bringing this humanitarian captain back to new Star Trek show is to boldly go where no network has gone before.