Latest Blogs
Home PEOPLE Will Smith will turn 50 on September 25: Be part of it. Be part of the Fun 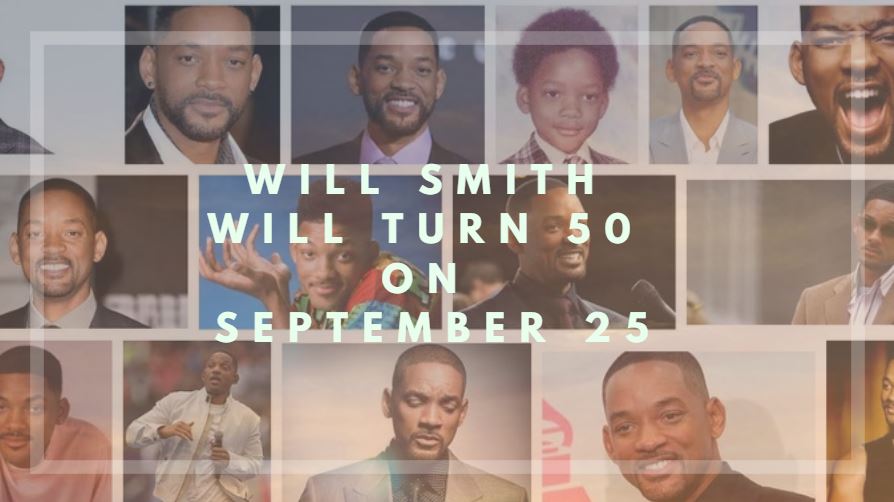 Will Smith will turn 50 on September 25: Be part of it. Be part of the Fun

Will Smith will turn 50 on September 25 and he is going to celebrate it with his fans. The famous actor slash singer is going to give a chance to one lucky winner to attend his birthday which he called “the big Five-0.” The lucky winner, and a friend of his or her choice, will be spending the day with the star himself. Will Smith said in a youtube video that “I’m coming to you with a once in a lifetime opportunity.” He added “you come, you hang, we have some lunch, take some pictures, you can FaceTime your grandma.” If that’s not enough for you well it’s not over yet. Will Smith continued “I’m going to be jumping out of a helicopter over the Grand Canyon, you don’t have to do that part.” Yes he is going to jump and you can join him if you want to.

So how can you enter to win a chance with Will Smith? The actor is going to be “teaming up with Omaze, Global Citizen and Youtube, they’re “raising money to benefit Education Cannot Wait.” The actor wants to raise awareness and wants to donate to Global Citizen and Education Cannot Wait to help young people get education. So to be able to enter you need to donate money going through the official website http://Omaze.com by September 10. The donations go from 10$ which grants you 100 entries up to 5,000$ for 50,000 entries. When you enter your donation you get a spin to win, where you get a chance to win more points, some merchandise or even a 1,000$.

While this event is open to the world, there are few countries which are excluded. Few of these countries such as Belgium will not be able to participate because of the banning of sweepstakes. Other countries such as Syria, Cuba and North Korea will be banned for the obvious reasons. The winners if from outside of the US will have to have a valid passport and the ability to enter the country or the they will have to forfeit their winnings.

It’s truly a wonderful idea for Will Smith to do such an act of kindness which will definitely send joy not only to his fans but to young people who want to learn. While he is not only the only celebrity turning 50 this year such as Hugh Jackman, Naomi Watts and Daniel Craig. He is definitely going to make it a special one to everyone around.