Latest Blogs
Home PEOPLE John McCain Died 25 August 2018, a Hero, a Senator, The Creator of Palinization of Politics, Dead 25 August 2018. May You Rest in Peace. 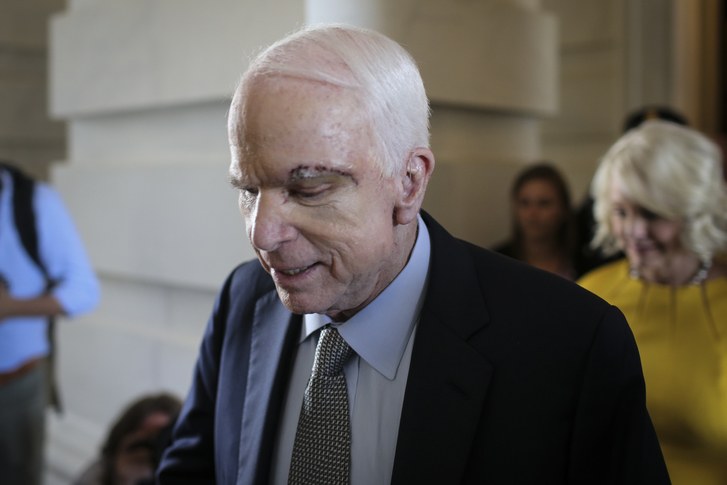 John McCain entered the Naval Academy in June of 1954. He served in the United States Navy until 1981. He was declared a war hero during the Vietnam war where he was captured and stayed in prison for 5 years. He was elected to the US House of Representatives from Arizona in 1982 and to the Senate in 1986.

The following day the USA Today ran this headline.

Many World leaders and former presidents paid tributes for the late senator.

Obama saluted McCain’s “fidelity to something higher – the ideals for which generations of Americans and immigrants alike have fought, marched, and sacrificed”.

Bush praised a “man of deep conviction” and a “public servant in the finest traditions of our country”.

The White House was preparing a mourning statement that declared McCain a hero. President Trump had a different opinion and that was evident from the local and International News Headlines.

CNN: “White House drafted a statement on John McCain but never released it”

You can define a person by his enemies, friends and mostly when you stand for what you believe in even if that might cost the presidency.

On the friendship side, I think the Senator has plenty, to a point that even his former enemies the Vietnamese mourned his death, even his jailer.

On the Enemies’ side, his first on the list was not President Trump that he considers him the byproduct of his first mistake of choosing Sarah Palin as his Vice-President. She was the seed that McCain planted and nourished to become the new wave of popularism that swept America and the Republican Party in particular. On this issue the CNN deduced: “It is a premonition of what many in America and around the world have come to regard as the horror of Trumpism.”

McCain apologized for his mistake and Sarah Palin became the enemy. But it was too late Trump was elected President.

Even after his death the rift between Donald Trump and John McCain remained. that led to the White House to issue no statement and Trump followed up a brief Twitter condolence to McCain’s family. Few other Tweets and then the President headed for the golf course.

McCain on his campaign trail in 2008, in which he defended his Democratic opponent Barack Obama twice once to a woman referencing a racist birther conspiracy and the second to a man who said that did not trust Barack Obama, showed the real man he is because that might have cost him the presidency because the crowd responses were met with heckles, boos, and a smattering of light applause.

Now that Senator McCain is dead truth must say that history will probably remember him for many deeds and achievement but his Vice-President choice that led to the Palinization of politics might be easy to forget.

The Palinization of politics kind of started there. It hasn’t been the best for the Republican party that is yet to pay the price.

The True Hero is who admits his mistakes.

Senator John McCain, may you Rest in Peace. 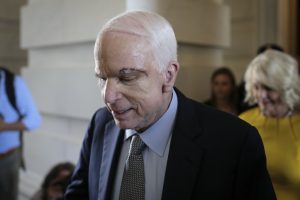