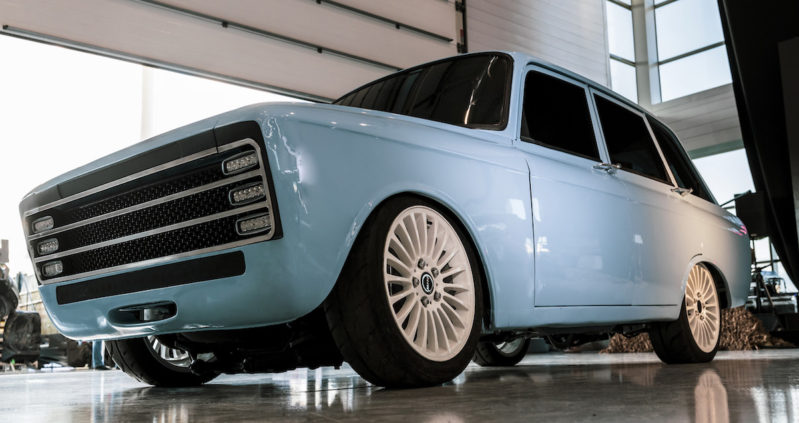 There are a lot of electrical cars in the market right now. Elon Musk, who’s all over the news, with his Famous Tesla, and the upcoming Luxury Cars from Faraday yet to be released. There is also a line up from the Big Automotive industry (GM, Ford, Toyota, Nissan, VW, BMW and Daimler to name a few) who already manufacture Electrical Vehicles (EV), or on their way to do so. I just wonder long Lithium will be available to meet this demand of Battery Manufacturing before this rare material gets depleted.

Among all this long list of possible Electrical Vehicles coming out soon there are two that stands out that will leave their mark on this market, or maybe not. We will see.

The competition, from two manufacturers, is taking different direction to compete with Tesla and the rest of the gang. The strategy is to fit retro car design into a modern EV.

They both made their announcement on the same day.

The first EV is the original E-type Jaguar to be reborn as the world’s most beautiful production electric car.

The second is from the famous Kalashnikov, who made the famous AK-47, the CV-1 concept, a probable tribute to Lada with a modern multi-blade front.

Beside their outside contrast look, inside they are both electrical car with a hefty rechargeable battery, controller and electrical motors.

Before you get surprised and start wondering why Kalashnikov decided to present the CV-1 at a Russian military forum instead of one of these international Auto Shows that are spread in different cities all around the Globe, I only need to remind you that AK-47 is a famous military grade automatic rifle known for its reliability and durability. It was produced in the former Soviet Union in 1949 and still in production until today.

Leaving the military arena now and head to the luxury sports car from Jaguar E-type.

The Jaguar E-type concept, dubbed the “Zero”, was originally revealed a year ago at its Jaguar Land Rover Tech Fest in London. It has a positive response that they decided to offer for sale. In their recent announcement they asserted:

“E-type Zero showcases the incredible heritage of the E-type, and the expertise and craftsmanship at Classic Works, while demonstrating Jaguar Land Rover’s dedication to creating zero emission vehicles across every part of the business, including Jaguar Classic.”

This iconic E-Type, famously praised by Enzo Ferrari as “the most beautiful car in the world,”

We have two EV concepts car, from the Cold War Era reminiscent of the rivalries between MI6, CIA and KGB, retrofitted with modern technologies. This competition will be like a 1960s remake of a James Bond 007 movie not fighting a KGB operative, or Spectre villain but rather Mr. Kalashnikov driving his CV-1 with his right hand and holding his K-47 in his left hand outside the window and shooting at Bond who’s driving a Jaguar E-type Zero instead of the famous Aston Martin.

That’s a film I would like to watch and see its ending. 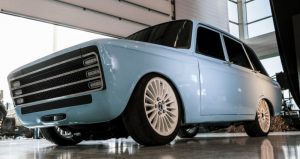