Latest Blogs
Home PEOPLE The Secretive Koch Brothers: The Republican Megadonors who were exposed by Trump 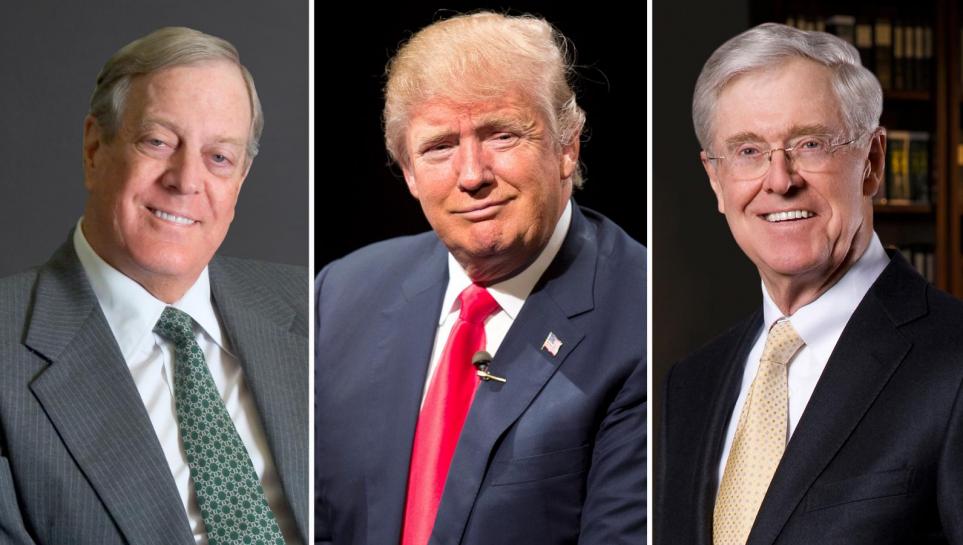 Charles Koch 82-year-old, the eldest of the two Koch brothers who along with his younger brother, David, 78 owns the Koch Industries the second privately held company in the US, affirmed that voting for Donald Trump or Hillary Clinton is irrelevant to him and he is not going to bother made with any of them. That was ahead of the 2016 election in an interview to Fortune magazine where he continued: “If I had to vote for cancer or heart attack, why would I vote for either.”

Charles and his brother Charles have channeled into political and lobbying systems hundreds of millions. These tons of money were dedicated to promoting their political and economic agenda. They promoted conservative agenda by opposing regulation on pollution while promoting the use of fossil oil. They are behind the secret force behind the Climate Denial where on ABC former Vice-President Al Gore cited “dark money” and on NBC former Secretary of State John Kerry specifically pointed at them.

Greenpeace were more specific in labelling them “the Kingpins of Climate Denial.”  In article ran in their web site: https://www.greenpeace.org/usa/global-warming/climate-deniers/koch-industries/

They become more powerful and influential in the Republican National Committee.

They were the biggest contributor with hundreds of millions of Dollars to help Republicans win the presidency in 2012, and the GOP to win and retain control of the Senate in 2014 and 2016. They also seeded the tea party movement in 2010,

They allocated at least $400m for the 2018 cycle to protect the Republican from any public criticism. With all their support, and contrary to most of the republicans, President Trump was not happy with them and launched via Twitter, an extraordinary attack on Republican megadonors by citing them by their names.

“The globalist Koch Brothers, who have become a total joke in real Republican circles, are against Strong Borders and Powerful Trade” … “I never sought their support because I don’t need their money or bad ideas.” … “They love my Tax & Regulation Cuts, Judicial picks & more. I made them richer. Their network is highly overrated, I have beaten them at every turn.”

There are many reasons behind the President reactions.

Their opposition to the tariffs on imports that Trump started that would lead to economic war will hurt them and it is fundamentally against their philosophies.

The president was not happy that the Koch brothers cancelled their support senate candidate in North Dakota because they feel he will oppose the white house the tariff.

Or it could his insecurity toward billionaires like with Amazon’s Bezos. The Koch brothers has $50 billion each and their combined fortune put them on the top list of the Billionaires Club. He, on the other hands, he is in the number 766 on the list with on around $3 billion.

Whatever the reasons are, it is evident that the very secretive Koch Brothers are right now in the open and exposed. They should constitute many hot topics and further investigations. 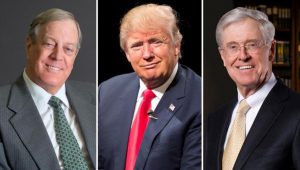