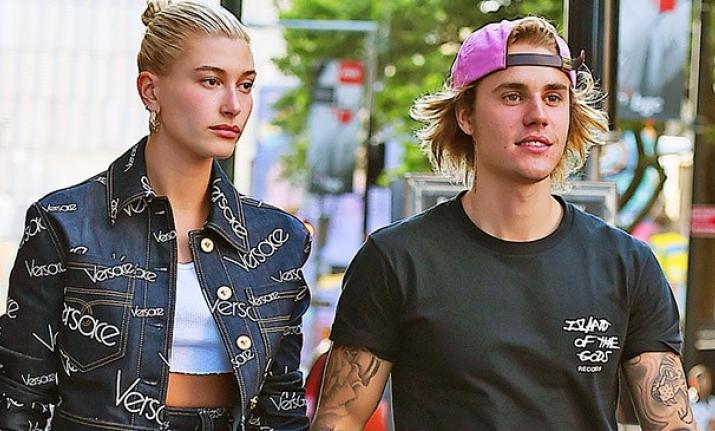 The start of Bieber and Baldwin’s marriage Journey.

It’s official! Justin Bieber and Hailey Baldwin are legally a married couple now. The 24-year-old singer and the-21-year old model have taken one huge step towards their future, on Thursday the couple were seen heading into a courthouse in New York city that issues marriage licenses according to a TMZ witness.

The couple seem to be in a hurry when it comes to tying the knot, just 2 months ago on the 7th of July Justin Bieber proposed to Baldwin in Bahamas while dining in a restaurant according to TMZ. A couple of days after his proposal Justin publicized his engagement on Instagram. He posted a photo of him and Hailey followed by a sentimental caption uttering his feelings towards Baldwin “listen plain and simple Hailey I am soooo in love with everything about you! So committed to spending my life getting to know every part of you loving you patiently and kindly” he added “My heart is completely and fully yours and I will always put you first.”  He also referred to Baldwin as the love of his life “you are the love of my life Hailey Baldwin and I wouldn’t want to spend it with anybody else.”

Justin Biebers’ on and off relationship with his former girlfriend Selena Gomez made it seem that they were the one meant to be, ‘Jelena’ fans were shook after hearing about Bieber’s engagement proposal to Baldwin; however Bieber and Baldwin’s marriage shouldn’t be a surprise for fans, he has clearly stated on Instagram his intentions of marrying Balwdin he wrote “The thing I am most excited for is that my little brother and sister get to see another healthy stable marriage.” Also just when the two got married Baldwin was interviewed by the cut and asked about her potential wedding spot, with a smile on her face she said “I think having it in the woods would be so beautiful.” She also stated her vision of her dream wedding “I just picture lights strung everywhere,”

A religious sources confirmed to PEOPLE that the two are now legally married and will soon have an official religious celebration with the presence of family and friends  “They’re going to have a big blowout, in front of God and everyone they love,” the two seem to be enthusiastic about spending their lives together TMZ reports claim that the marriage ceremony will be held in Canada as soon as next week.

One of the Unique Music Festivals. >>> zouhourfestival.com