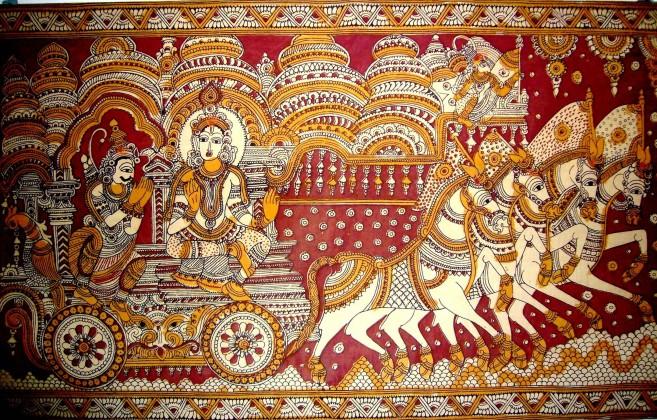 The Most traditional indian paintings 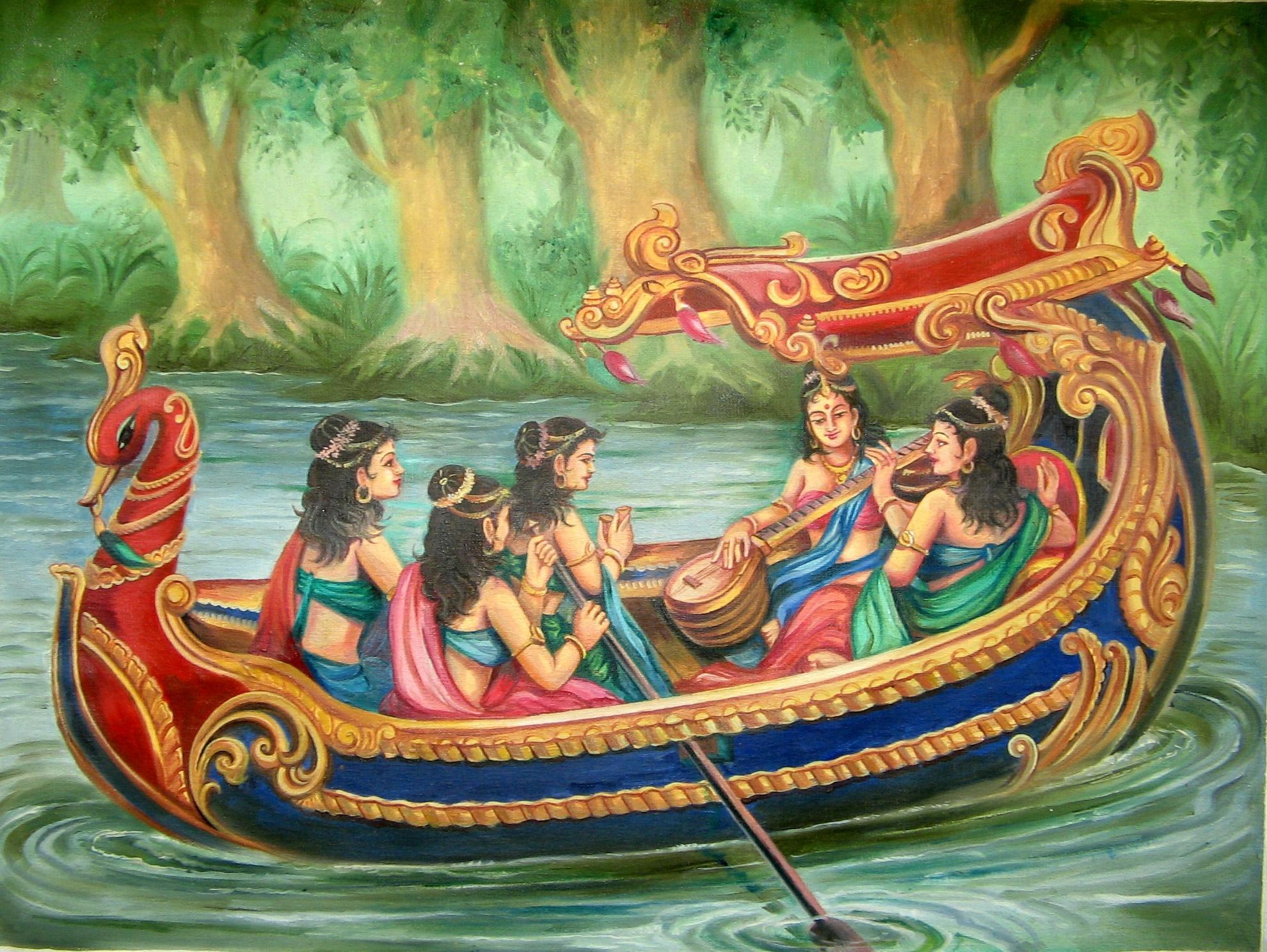 The art has attained this name with the way it is been carried out, as ‘kalam’ means pen and ‘kari’ means work. It is considered to originate about 3000years ago in Kalahasti (80 miles north of Chennai) and at Masulipatnam (200 miles east of Hyderabad). It became popular under the ancient tradition of using organic colours. The artists executed it using a bamboo stich, sharply pointed at the end. Initially the main themes were to highlight the Hindu deities but today it has advanced to quite a great level and is used on various fabrics, mainly cotton. It undergoes a long process of dyeing and hand-printing and thus take a long time to be finalized. One sees how the traditional art forms of India, acknowledged the gods and mundane things and gave a rich panoramic idea to the world of painting. It is also interesting to note that all these arts used organic and natural colours for their paintings. Today, they have not lost their name but flourished more and more with national and international identification. The widespread of these forms make it possible for Indians, all around the world, to admire them. They attract a lot of foreign audience as well because of the beautiful colours and natural touch they possess.

One of the Unique Music Festivals. To more zouhourfestival.com