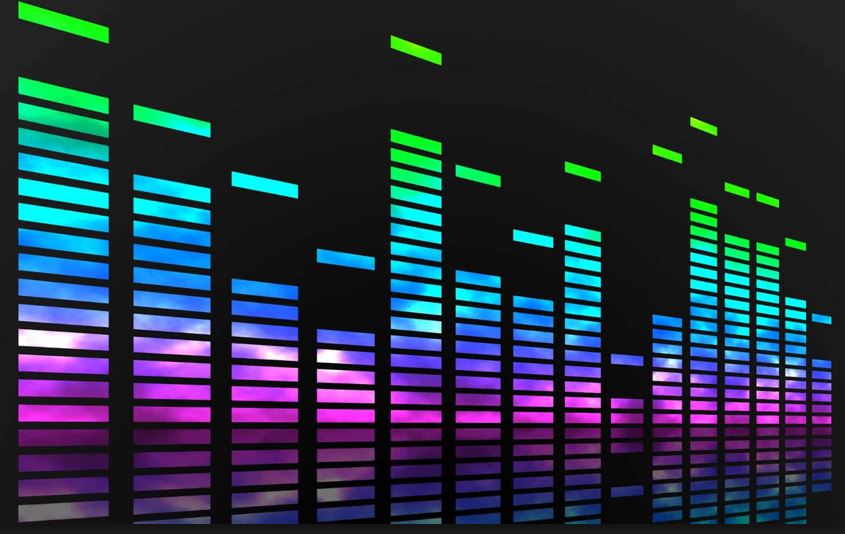 Why Digital Music is Booming And It’s Not Just Streaming

Dropping into a flashy, raucous major label event at the Latin Grammys in Las Vegas recently, I felt like I’d landed on a new planet. I didn’t see ice sculptures, giant dessert towers, or sushi served on live models. But I did sense a radical change from the last decade.

Eight years ago, towards the end of a long stretch at a major label, our bosses shunned a big holiday party, and just ordered in pizza to our lunch room. With proverbial knives to our throats, our digital business wasn’t growing rapidly enough to offset our declining CD business, so the mood was dimmer that year. Streaming hadn’t yet become a real business, and we played it safe.

But on that November night in Vegas, I saw a revived recorded music industry, slightly high from successes like the crossover hit “Despacito.” Comforted by a growing streaming business, for once our hosts were not giving off a sense of imminent demise.

And that big streaming bet they took? The one that would kill off download stores, and put the music industry on a track to sell subscriptions? It may be paying for some great parties, but today’s labels actually sit alongside of a new wave of digital opportunity and complexity, far beyond streaming.

With the comfort of a growing streaming business and a focus on supporting their big partners, I got the sense they may not see it all.

Here’s what I see lately:

The Rise of Social Music and Influencers — Social and “collaborative” services like Musical.ly, Smule, You Now, and 2bTube have grown audiences around simple but compelling propositions: one can connect with artists directly, sing with, or become stars on their own.

At a recent artist recording for a “social music” service, I waited patiently in line with other big digital partners for our time with a major artist. But a group of young “influencers” goofing off on a couch were the real revolutionaries in the room. Snapping selfies, pushing boundaries, and prodding that artist to try something totally different with his new single made the difference that morning. They caught both the artist’s and label’s attention, but neither were generating much revenue from this endeavor. In fact, the apps themselves are billing their customers and or selling advertising on top of all this activity.

Neither dependent nor reliant on the major music interests or massive catalogs from major labels, they navigate on their own, artist-by-artist basis, bringing discrete content to their apps, growing audiences, even in parts of the world not often in the headlines — emerging markets like Latin America or Asia. Not surprisingly, some of the services are resistant to the major media players. Investors haven’t missed this opportunity, particularly in China. I think these new social and collaborative music services are some of the most important marketing channels today, poised for broader strategic roles.

Video: For labels, Viacom’s MTV was an “accident of history,” an example to avoid. Throughout the 80s and 90s, MTV grew exponentially, with the full support of labels. The labels believed in the idea that investing in music videos would drive sales. A music video network first, MTV grew into a highly profitable, diverse “lifestyle” network, sharing little of its media business, and the labels realized their mistake. Years later, it’s not clear if Sony & Universal-backed Vevo has made much of a difference. Created to help build a video advertising business, Vevo is still a key video marketing channel — but not much more.

And YouTube, perhaps the digital music business’ biggest conundrum? Their latest round of label deals points to a compromise: one can never stop or fully control user-generated content, so it’s better to monetize some of it.

So where is the opportunity here? It’s in social video and original programming. It may be too early to tell, but a recent Universal Music partnership with Facebook for “social video” sounds encouraging. Musical.ly’s $50MM “creator fund” — targeted at developing original content — sounds much more promising. This is an area all of the biggest music interests would do well to watch closely, particularly as the fragmented television marketplace opens up new platforms for music programming.

Artist Independence: Major labels no longer dominate or control distribution, and artists don’t need them for their music to become available on music platforms. Today, any artist can find distribution via platforms like TuneCore, Mondo Tunes, or big “indies” like Sony’s Orchard, France’s Believe Digital, or InGrooves. Distribution is a commodity, and all of these platforms compete in broader areas like marketing, data reporting, and even radio promotion. Blockchain technology only adds more options for any interest seeking to self-distribute and sell, too.

The upshot? Artists today have a nearly unheralded degree of independence and choice. They may choose to go with a major, but they don’t have to. In Latin markets, leading artists like Ozuna operate their own labels and leverage the marketing support of majors like Sony too. Going forward, this mix of interests and platforms will deepen, further blurring lines between a “major artist” and an “independent,” shifting the balance of power between artists and labels too. A smart major label would play this field opportunistically — having that extra chart position and market share edge might be a better choice than letting that hot indie artist go it alone.

Playlists & Radio Dinosaurs — Perhaps the oldest school marketing channel, radio play still sits high on the radar for artists, even as it is not clear how meaningful it is anymore. But streaming playlists may be the most critical format for new music going forward, and unlike bygone days of radio promotion, they’re not generally for sale. A streaming service like Spotify monitors global consumption data closely, tailoring it to individuals and their listening habits.

The promotional power and potential of these playlists cannot be overstated: Danny Ocean, an obscure young Latin artist, released a track called “Mi Rehuso,” which caught fire on a Central American playlist and rose to become one of 2017’s biggest hits in the Americas, with over 500 million streams. Until a few months ago, the artist had no major label association and the tiniest of management teams.

As to radio broadcasters — chains like Cumulus, or Latin radio chains like SBS: let’s just say there’s a lot of digital catching up at hand. iHeart Media — even with its severe financial troubles — is an exception. To me, iHeart is a “how to” model for a radio broadcaster looking make the digital transformation, as are localized radio apps that look to take some of broadcast radio’s golden egg (local radio advertising) to digital.

The Alien 3D & Spatial Computing Ecosystem: Further out on the horizon lies one of the more hyped, foreign ecosystems for music: the new world of 3D content, VR, and AR — spatial computing. The new VR/AR content ecosystem has barely scratched the surface of the music industry. Networks like Inception VR, VRTFY, Melody VR, and CEEK are trying to carve out roles as destinations and platforms; upstarts like Endless Riff and Wave VR are targeting social VR — they want you to feel like you’re back in that planetarium, stoned, and watching “The Wall.” A few major artists are eyeballing sponsored live VR events, too, in conjunction with concert promoters. But none of this rises to the level of a real business. Neither brands nor consumers will spend much on these platforms, without scale, broader programming, and experiences that justify a fee. While there may not be consumer spending here, there’s lot of investor interest, and presumably an equity opportunity.

Hailing from gaming, “Spatial” 3D audio is core to any 360 video product, but it is regarded as video’s poor cousin, treated as a production tool. Someone may eventually become a spatial audio standard — i.e., a “Dolby of 3D Audio,” collecting royalties forever — -but it’s not likely to be driven by major labels, who appear more focused on supporting high resolution audio.

Also worth mentioning: music bots, which can be deployed to automate some of the dialog between an artist and their social community. Facebook’s Messenger, boasting over a billion people, is a compelling platform for these new music bots. Although fans may occasionally rebel at the idea of chatting with a robot, bots make sense to bring basic marketing messages to an artist’s community. Stashimi’s “Bot 1,” Octane, and the UK’s “Bot Platform” are making progress with artists, labels and in some cases, brands, merchandise, and ticketing — watch this area, as it is one of the least understood, promising spots for music marketing.

Crossover and Dance: Luis Fonsi’s “Despacito” made it clear there is a huge appetite for multi-cultural music beyond Latin markets. Whether or not it took Justin Bieber to make that single a smash, the US Latin market remains one of the most critical, poorly understood markets today. With a population of nearly 60 million who identify with it in the US alone, it’s only natural to assume this blend of cross-cultural crossover music continues — artists like Bomba Estereo seem like models here, Fonsi’s newest single is with Demi Lovato, and smart US Latin interests would do well to continue pushing into the US general market. Watch for more blending and breakouts here. And while it doesn’t make headlines, Dance and Electronic music may be one of the music industry’s most overlooked areas. Look no further at Dance On and Sony Music’s agreement with Dubset to monetize the world of DJ music to get a flavor of the potential here.

That’s a lot of opportunity beyond streaming. So how does one capture even some of this? Partner, look broadly, and forget about those old boundaries. They won’t matter much going forward.