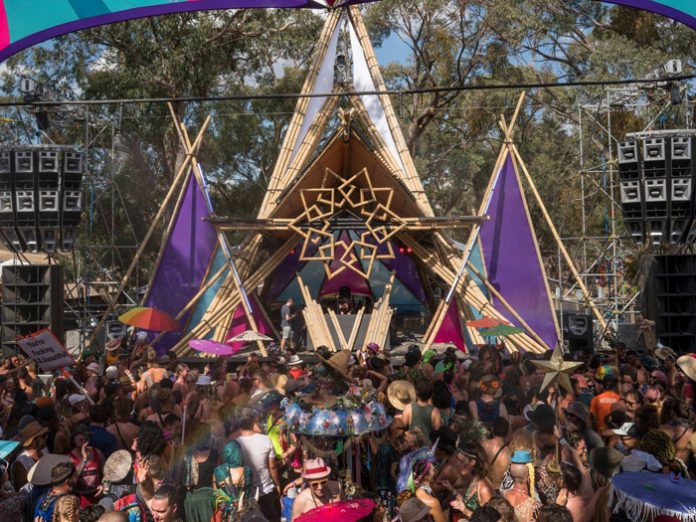 Rainbow Serpent Festival – a four-day, 17,000-capacity music & arts festival – has won A Greener Festival Award, the first medium-sized Australian festival to do so since 2015.

Previously, comparably sized Aussie events such as Bluesfest, Splendour in the Grass and Falls Festival have earned awards, but it is only Island Vibe Festival, a small reggae event that takes place on North Stradbroke Island, that has won the award more recently when it bagged an award in 2017.

To enter the award scheme, led by A Greener Festival, events first complete a self-assessment, which is followed by an onsite independent inspection from one of A Greener Festival’s assessment crew, and post-event data gathering and reports. The assessment forms the basis for the events’ Environmental Impact Assessment and is a tool to help events to identify where improvements can be made, as well as celebrating the positive and successful existing actions they are taking towards an environmentally sound event.

Communications director of Rainbow Serpent Festival, Tim Harvey, said: “We’re honoured to receive this award. We have an incredibly dedicated team who work non-stop to meet our sustainability goals. While it’s fantastic to be recognised for our achievements so far there’s still so much more to do and we are determined to achieve better results for the environment each year.”

A Greener Festival has assessed over 450 international festivals over the last 10 years. In 2016 AGF updated the criteria of its awards in order to raise the bar and increase feedback & reporting available to events.

According to Amie Green, the long-time Australian award co-ordinator: “For an event that is based in a rural location to gain a Highly Commended Award is no mean feat. One of the biggest issues to tackle is that Australia’s festival culture is entrenched with the perceived ‘need’ to have a vehicle close by. Rainbow Serpent are tackling long-held beliefs by undertaking monitoring and data analysis, and have put in place initiatives to see less cars on the road and in the festivals’ campgrounds.”