Latest Blogs
Home ART Wish You Were Beer: Beer Festivals Around The World 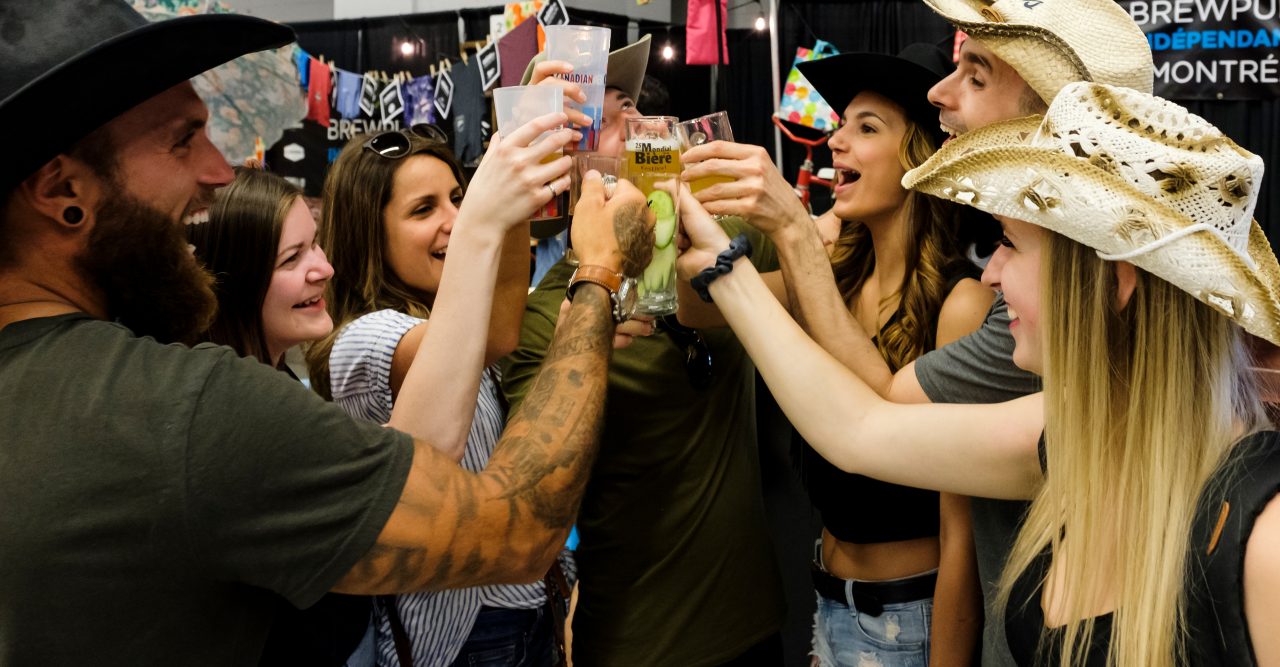 Wish You Were Beer: Beer Festivals Around The World

Beer is a mans best friend. So when the annual beer festival hops along to your local town hall or recreational ground, it’s a stein from the beer gods. And a good stein at that. Beer festivals bring brewers, drinkers and even cheerers from across the globe together for a weekend (or even a week) of full on beer induced fun.

Travelling around the world in search of beer is even better than we imagined… So grab your stein and you’ll be hopping on the next flight in no time, with a tinny in hand.

If there’s one beer festival you’ve heard about then it’s going to have been Oktoberfest in Munich, Germany. The land of the almighty, steins upon steins filled with traditional Germen bier, and goers dressed up in traditional attire. Lederhosen for the gents and a dirndl dress for the ladies.

Having now inspired many, if not all, of the beer festivals around the world, Oktoberfest is notorious for its parade, fair and stein fulls of bier. The festival, which spans over two weeks, is annually held in a meadow just outside the city centre. On average it attracts around six million visitors a year – that’s an awful lot of grilled bratwurst, giant pretzels and copious amounts of beer! Despite being centuries old, it’s still riddled with traditions and customs. Grab your lederhosen or dirndl, and get that stein filled with bier!

Putting us Londoner’s to shame is GABS Festival located across the pond in the land of Oz. Set up by beer impresarios Steve Jerrares and Guy Greenstone, and originally known as the Green Australian Beer SpecTAPular, they’ve now brought more than 900 festival beers and ciders into the world. And there’s no stopping them there.

Nowadays GABS Festival can be found in Brisbane, Melbourne, Sydney and even in the land of the kiwi – Auckland, showcasing the best of Australian and New Zealand craft breweries and cider producers. Don’t be surprised if you see a few acrobats flying around either…

For almost 200 years now, Cannastatter Volksfest has attracted bier lovers from across the globe. Nowadays around four million visitors from near and far flock to the state capital of Baden Württemberg in Germany – never heard of it? Don’t worry, neither had we. That being said, it’s high on our radar as being one of the most loved beer festivals.

This three-week festival beholds a colourful flea market, one of the biggest funfairs in Europe as well as champing a whole load of beer in all seven (yes seven!) of its beer tents. It’s one for the kids too with the family Volksfest parade, rich in history, tradition and a whole load of fun.

Of course, it wouldn’t be a handbook guide without a London beer festival now would it? The Great British Beer Festival  under the iconic Olympia roof celebrates hundreds of real ales, international specialities, and every cider and perry under the sun (although being in London, we’re doubtful it’ll be sunny…)

And it wouldn’t be a beer festival without a bit of competition. The CAMRA Champion Beer of Britain is world renowned, so be sure to sample a taste of the beer that’s won the crown of 2019! Be sure to line your stomach for this one, with their wide range of street food vendors. It’s your chance to get your grooving boots on as it’s gonna be a few days of live music and battling it out against your pals over the traditional pub games.

And with the Great British Beer Festival, of course, comes the bigger and arguably better (we’ll let you be the judge) Great American Beer Festival. America has always had a pretty bad reputation when it comes to good beer. I mean, a Coors Light is literally like drinking, well, your urine… But that being said, in the past few years they’ve been upping the oomph and this festival is a true celebration of just that.

Representing the largest collection of U.S beer ever served… in a public tasting event at least, the Great American Beer Festival brings together brewers and unique beers from across the country to the heart of Denver, Colorado. It’s also apparently listed as one of the top 1,000 places in the U.S to visit before you die, so that means we have to go right?

Flashback to 2016 to the Rio Olympics opening ceremony where we saw the Brazilians put on a show-stopping performance (and party!). We certainly know it wouldn’t be the last of their flamboyant parades and we were right. Blumenau, settled by Germans, has always kept alive the culture and traditions of its ancestors. Especially in the form of beer. Inspired by the German namesake in 1984, it was then that Oktoberfest Bluemenau was born.

It’s now a party celebrating German customs, with over 500,000 people visiting to experience the festival. The parade is definitely the one to look out for though with folklore groups, bands, exotic toys and floats all parading with their costumes, dances and customs through the streets of Blumenau.

As if you needed another excuse to indulge in traditional Italian cuisine but the Arrogant Sour Festival is the hidden gem you never knew about… I know what you’re thinking, a beer festival in the land of wine? We too were just as surprised. Sour beers, although unknown by most, are one of the oldest of their kind, created thanks to the fermentation of yeasts.

Located in the ancient Chiostro della Ghiara, which dates back to 1600, the Arrogant sour Festival brings you the best of Italy’s culinary traditions and experiences. Expect copious amounts of beer, pizza and music. Those wanting to cure their hangover with a stroll can explore the main areas of interest in the city easily by foot – winner, winner, pizza for dinner!

With Belgium being so well known for its quality craft beer, it’s hardly surprising BXLBeerFest reflects the same principle, handpicking the best independent breweries only. So if it’s a Foster you’re after, keep scrolling. At BXLBeerFest, they’re dedicated to giving Belgium it’s own internationally recognised beer festival and they’re trying to reach that goal one step at a time because, well, beer has no boundaries.

Prepare yourself for two days, with 60 breweries and 350 beers. Not forgetting the tickets for this festival won’t break the bank!

Being Asia’s largest beer festival, Qingdao International Beer Festival has a lot to live up to. And it certainly does. Throughout the month of August (well, 24 days of it), the Golden Beach of West Coast New Area is filled with parades, fireworks, music and chinking beer glasses.

The opening and closing ceremonies are certainly not done in halves either, celebrated in grand style at the main venue with decadent light shows, festive dances and exceptional firework displays. Each year there’s a new theme, so you’ll have to wait and see what this years theme brings…

While the rest of us were bundled up in jumpers and coats in January, the kiwi’s were soaking up the rays and the beers… With more than 300 beers on offer at The Great Kiwi Beer Festival, it’s New Zealand’s hoppiest celebrated of the craft beer industry. The perfect stop for any beer lovers backpacking across the Southern Hemisphere.

Helping to rally the evolution of consumers appreciation of beer in Europe and America is the Mondial de la bière – a major figure in Quebec’s brewing industry. What started as an American festival, founded by just three beer lovers in 1994, has now become an international festival, with festivals in France, Sao Paulo and Brazil.

Channeling both large and small breweries, everyone is welcome to join in the beer tasting fun and discover products from near and far. Entry is completely free – bonus!

Getting The Best In Online Marketing With The Trend It Service.

An Opportunity With TOP Ebooks Library To Start Earning

Why You Should Trust TOP For All Reputation Management Needs.

4 Main Reasons To Do Online Reviewer Work With TOP.

4 Reasons To Go With TOP For Content Creation Services

2 Reasons that TOP is Supreme for Content Creation Services.

3 Ways to Get Great Online Reviews.

How to Work as a Freelance Journalist.

Make Money Online as a Reviewer.