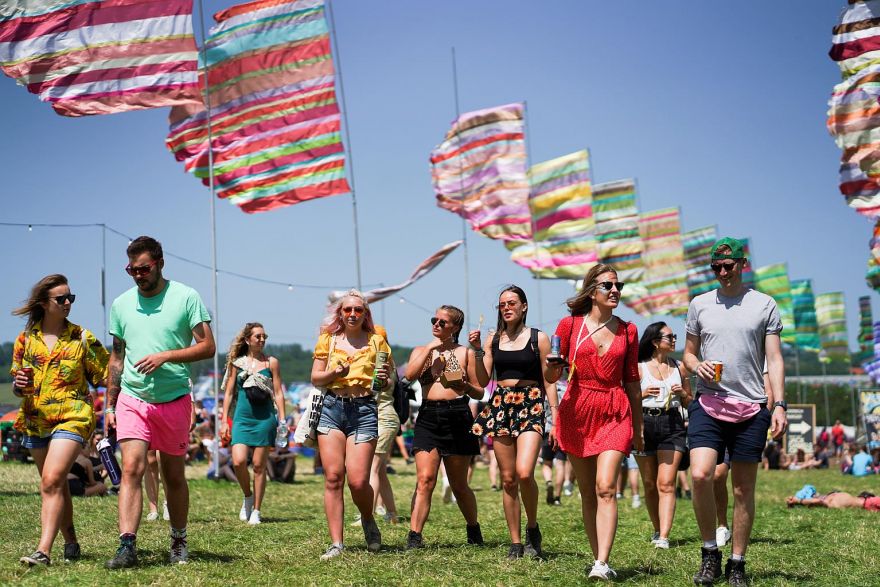 LONDON, June 28 (Thomson Reuters Foundation) – As anxieties about climate change mount, a growing number of festivals are boosting their eco-credentials with initiatives tackling everything from plastic waste and abandoned tents to low carbon transport and vegetarianism.

Glastonbury – the world’s largest greenfield festival which opened in southwest England on Wednesday – banned plastic bottles for the first time this year to prevent more than 1 million bottles going into landfill.

“I’d like to think that thanks to Sir David Attenborough, and amazing environmental activists like Greta Thunberg and the Extinction Rebellion group, there’s a growing consciousness around how we should treat our planet.”

British naturalist Attenborough’s TV series, Swedish teen Thunberg’s school strikes and civil disobedience by the UK’s Extinction Rebellion have made many young festival-goers more conscious about how much they consume and throw away.

Less than one-third of the 23,5000 tonnes of waste produced by Britain’s 3 million music festival-goers each year is recycled, according to a 2015 estimate by Powerful Thinking, an initiative to cut festivals’ environmental and carbon footprint.

“It has been getting worse every year,” said Andy Willcott, director of Critical Waste, which organises litter picking at British festivals and gathers two to three tonnes of rubbish at Glastonbury’s 900-acre site each year.

About 250,000 tents are dumped at festivals each year in Britain alone, said the Association of Independent Festivals, most of which end up in landfill and create a huge amount of plastic waste.

“Making money from blogging requires you to do only two things: drive a lot of traffic, then maximize the income from that traffic.” – John Chow – Subscribe with THE ONLINE PUBLISHERS to offer your services as a blogger.

Want To Start Selling Your Photos Online? Here Are the Steps to Follow.

The Online Publishers TOP Platform Is No. 1 Choice for Press Release Distribution.

What are the factors that affect  foreign direct investment(FDI)?

You Need TOP Online Reputation Building Today For These 3 Reasons.

How To Get Fast Google Reviews Online.

3 Steps To Getting Great Online Reviews.

How to Find the Right Digital Marketing Agency.

Learn How to Get Positive Online Reviews.

Can Depression Increase the Risk of Dementia?.