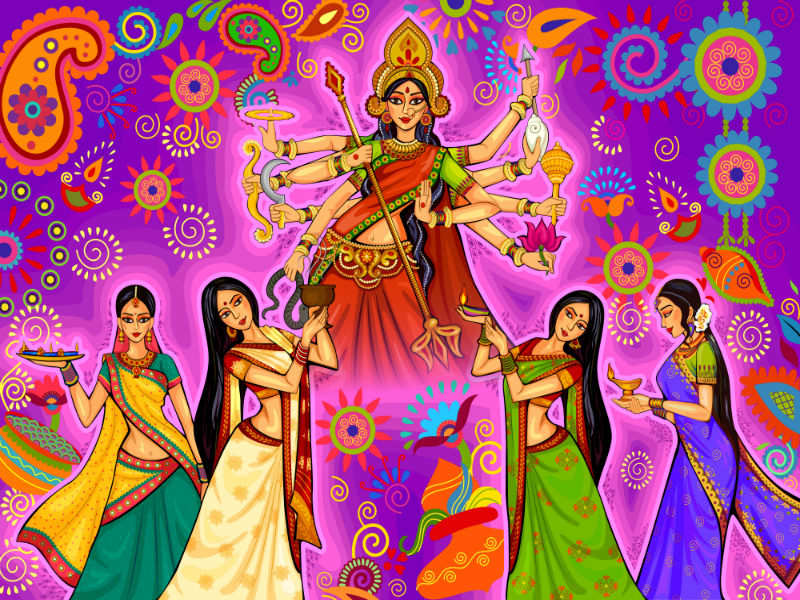 Navratri 2017: Why Navratri is celebrated for 9 days

Navratri, or the nine nights, is the Indian festival of nine holy nights which celebrates the victory of the goddess Shakti over evil. The days fall on the nine auspicious days as per the lunar calendar of Hinduism. The festival is celebrated with an ardent fervour which is rare on any other festival of the country as it is a nine-day long celebratory mood during which people observe fasting. Each day during the nine-day festival is special, with significance that relates to the goddess Durga in her various incarnations. Ever wondered why the festival is celebrated for nine days? Here we decode.
The nine nights (nav ratris) of the festival commemorate the nine avatars of Goddess Durga. The festival is a celebration of the victory of the goddess, the good, the positive over Mahishasura, an embodiment of the evil, the negative and egotism. Navratri is dedicated to all the distinct avatars of the goddess, with each day also standing for a particular colour. As Hindus celebrate the festival, they worship the particular deity which the day of the Navratri stands for and also makes it special by wearing the corresponding colour.

Here we take a look at which avatar and which colour do each of the 9 days represent.

Day 1: Shailaputri / Red
Shailaputri is the incarnation of goddess Parvati and represents the collective power of Brahma, Vishnu and Mahesh. She symbolises the characteristics of nature and purity and the colour which should be worn on day one of Navratri is red. 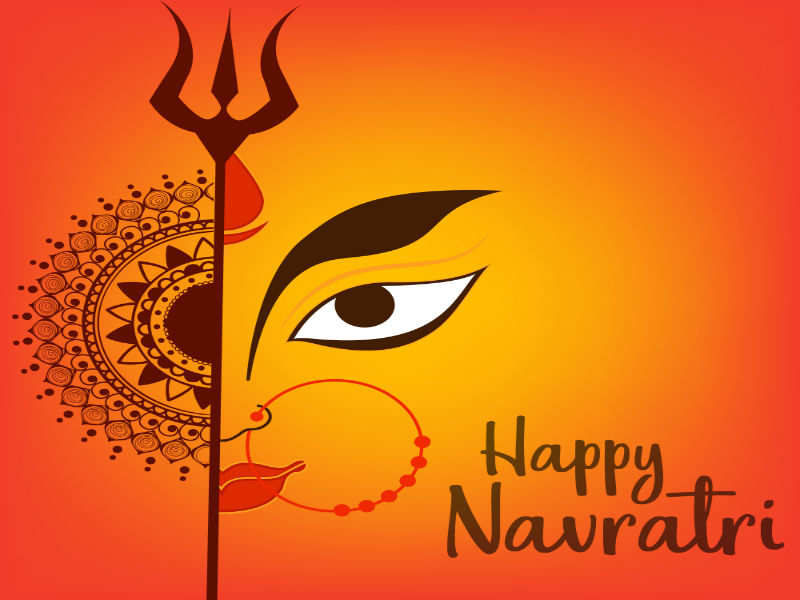 Day 4: Kushmunda / Green
Kushmunda is believed to the creative power behind the universe. She is the one who endowed the world with greenery and vegetation, the symbols of life, merely with a laughter. Hence, the colour of the day is green.Day 5: Skand mata / Grey
This day’s colour has a very beautiful significance as it reacts to a powerful vulnerability of the mother when it comes to her child. Just like the colour grey, she can turn into thunderstorm whenever any harm comes near her child. Skanda mata is the mother of Karthikeya, also known as Skanda. She carried him in her womb when she was chosen as the commander by the gods in their fight against evil, the demons.

Day 6: Katyayani / Orange
Katayani was very brave and courageous and hence, the colour of the day is orange. She was the daughter of the sage Kata and that’s why she was named Katayani. It is believed that she was an avatar of goddess Durga.

Day 7: Kalratri / White
This is the most powerful of the avatars of the goddess Shakti, that is the avatar in the form of Goddess Kali. In the form of Kalratri, she is dark coloured, has a posture that bespeaks power and has three eyes. With her breath, she emanates fire like a powerful dragon. This is the fiercest form of the Maa Durga. However, the colour of her clothes is white. White represents her fight for peace. Hence, the colour of the day is white.

Day 8: Maha Gauri / Pink
This incarnation of Goddess Durga represents intelligence and peace. The story goes that due to her austerities in the forests of the Himalayas, her complexion got very dark and she turned black. However, Shiva cleansed her body with the water of the Ganges and this is how her body restored its beauty and glow. The colour of the day is pink as pink denotes optimism and anticipation.

Day 9: Siddhidatri / Sky blue
It is the last day of the festivity and thus, it stands for happiness, blessings and positivity. Siddhidatri is a representative of mother figure and is endowed with healing powers. She is known to have blessed all the gods, goddesses and worshippers with bliss as pure as the blue sky. That is why the colour of the day is sky blue.

Where You Can Get Paid As A Social Media Influencer Online.

3 Reasons to Consider TOP for Any Press Release Project.

How TOP Helps With Finding Clients For Making Money Online With Social Media.

What You Need to Know About Online Reputation Management (ORM).

Where To Find Some New Ebooks To Read.

2 Steps to Starting To Make Money By Doing Reviews.

One Step To Getting Great Online Reviews.

4 Reasons to Go With TOP When Searching For Translation Service Help.