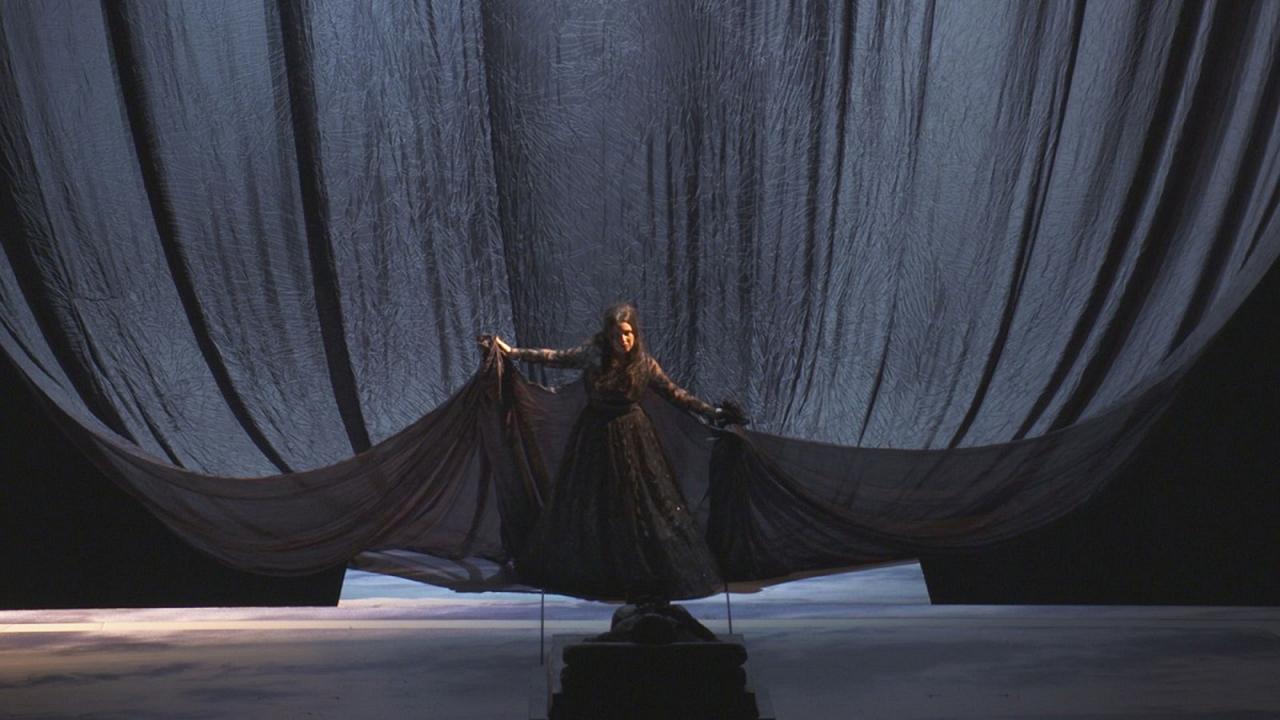 Bellini’s Pirata: a tale of love, betrayal and madness

Betrayal, despair and madness combine for an extraordinary production of Bellini’s rarely staged masterpiece Il Pirata at the Teatro Real in Madrid.

Written when Bellini was just 26-years-old, Soprano Sonya Yoncheva casts her spell on yet another strong female character – the heroine Imogene.

Her tragic lover Gualtiero is passionately portrayed by Javier Camarena.

The emotion-drenched opera pushes the human voice to its limits, and is seldom-heard because of its challenges.

Yoncheva told Musica: “From the first note to the last one, it’s a challenge all the time. It’s vocal gymnastics. But this is what the Bel Canto is all about, right? That’s why we love it. It’s our most sportive discipline.”

Camarena agrees, pointing out one particularly difficult passage in the musical score. “I think it is the hardest page I have ever sung in this opera,” he said.

The story follows the tragic life of Imogene. She is in love with an exiled count, turned pirate, but she has been forced into a marriage with his worst enemy, and borne his child.

“In my life, I had the chance to be with the people I love. And she didn’t have that chance. So this is her drama,” says Yoncheva, who only recently gave birth to her second child.

“Where I can really understand her is that she has a child and this is a huge responsibility.”

In the final pages of the opera, Imogene descends into madness. Her final aria is a highlight of the performance.

“She comes with a big, enormous black curtain, dragging all the suffering that she has had during her life,” says Stage Director Emilio Sagi, “The thing that fascinated me is this gothic sense of the suffering and this excess of sentimentalism.”

It’s emotional for Yoncheva, too.

“When I first listened to this aria I still have goose bumps. I was so touched by this music. This moment of calm music but knowing that she’s totally crazy, this is totally irresistible.”

Give “TOP Platform” The Online Publishers a chance and try reading one of the various choices that you can find from this ebooks libraries option.