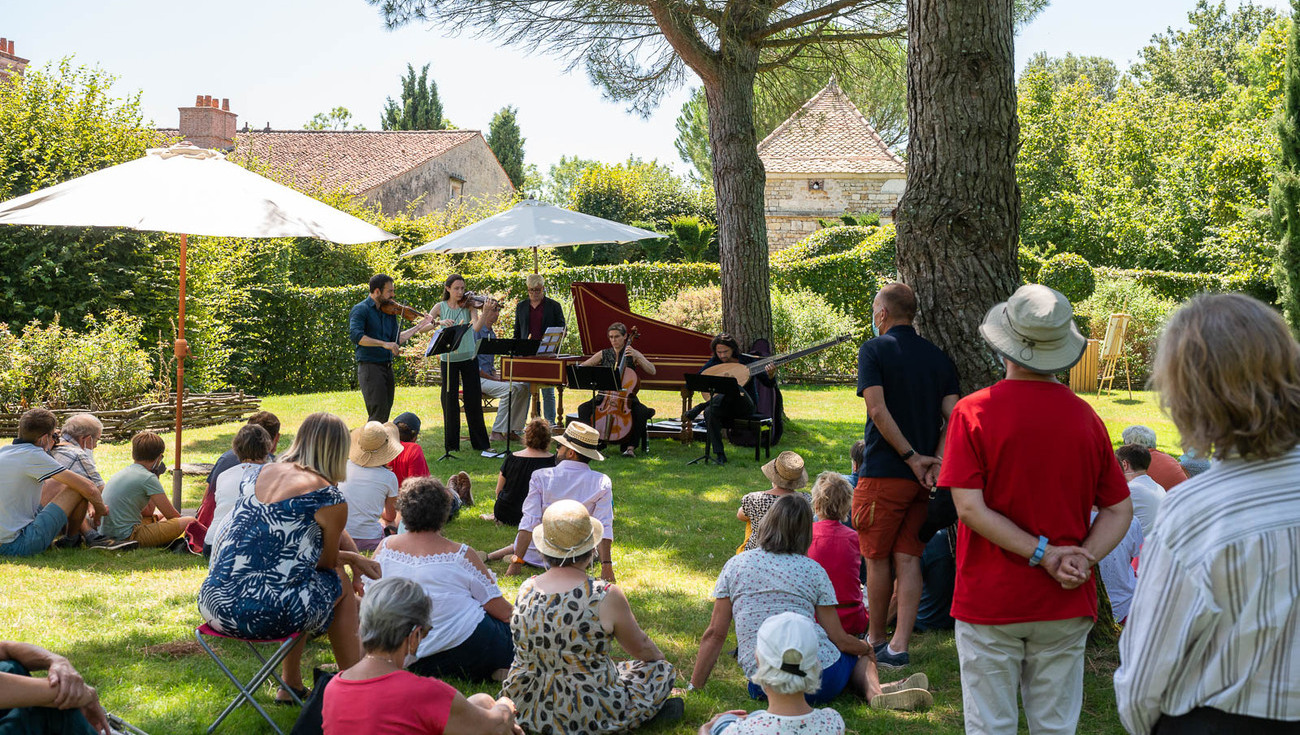 The production kicked off the annual event that combines the thrilling beauty of Baroque music and the art of gardens. The Festival closes this weekend with an August 28 and 29 performance of “Pasticcio (Tell me the truth about love),” featuring award-winning singers, mezzo-soprano Lea Desandre and countertenor Jakub Józef Orlínski. The duo will be joined by nine Les Arts Florissants ensemble’s musicians. The pasticcio couples jazz with Baroque music under the direction of Les Arts Florissant’s founder, American-born French conductor and harpsichordist, William Christie.

Through a series of short scenes, the pasticcio explores musical representations of love. According to the Les Arts Florissant’s website, the idea is to create a playlist on the topic, highlighting works by Rameau, Monteverdi, Handel, Purcell, and modern-day composers. Christie will direct from the harpsichord.

Other highlights from the Festival this past week included Scottish tenor and conductor, Paul Agnew, directing a selection of three of Bach’s early cantatas, BWV 106, 150, and 4. Agnew made a second appearance exploring the religious aspects of Carlo Gesualdo’s madrigals in “Gesualdo Sacred and Profane.” Gesualdo’s music, like that of Bach, has become a staple of the festival. Gesualdo, an Italian prince is not only known for his music, but also for the horrific murder of his first wife and her lover after discovering them in flagrante delicto. His music and his crime have become inexorably linked. The program consisted of a selection of the composer’s motets in Latin.

Traditionally, after the end of each evening’s performance, the audience is invited to close out the day with a short program — “Twilight Meditations”– featuring meditative sacred music at the Thiré church. However, due to the pandemic, Les Arts Florissants pre-recorded the programs at the church in June and are offered online, free of charge, on Les Arts Florissant’s social media accounts, as well as those associated with the Département de la Vendée each evening during the Festival at 11:00 p.m.

The sold-out 2020 Festival’s format was modified to mitigate the transmission of the Coronavirus, with ensemble sizes limited to chamber ensembles, reduced number of spectators, and a fixed itinerary rather than free circulation through the gardens during the afternoons of the Festival.

The decision to hold the event during the pandemic was the result of the Département de la Vendée and the artists’ desire to maintain hope and energy during challenging times for cultural organizations and artists.

The Dans Les Jardins de William Christie Festival is the outcome of a shared vision between the Département de la Vendée and Christie. The Festival showcases the heritage and natural beauty of Vendée, and Thiré, in particular. Thiré is the home of the Les Arts Florissants – William Christie Foundation. Christie, an American who emigrated to France in opposition to the United States’ involvement in the Vietnam War, founded the ensemble in 1979 and takes it name from the 1685 Charpentier opera “Les arts florissant.” The ensemble consists of a chamber orchestra of period instruments and a small vocal ensemble.

Tools like Google Trends are web-based, easy to use and remember to mention that they are entirely free.Combine your banner ads with search engine optimization and social media marketing, and your online business will grow the way you did not even know where it is possible.

You can place your banner on global high traffic websites via The Online Publishers “TOP” online banner advertising services.