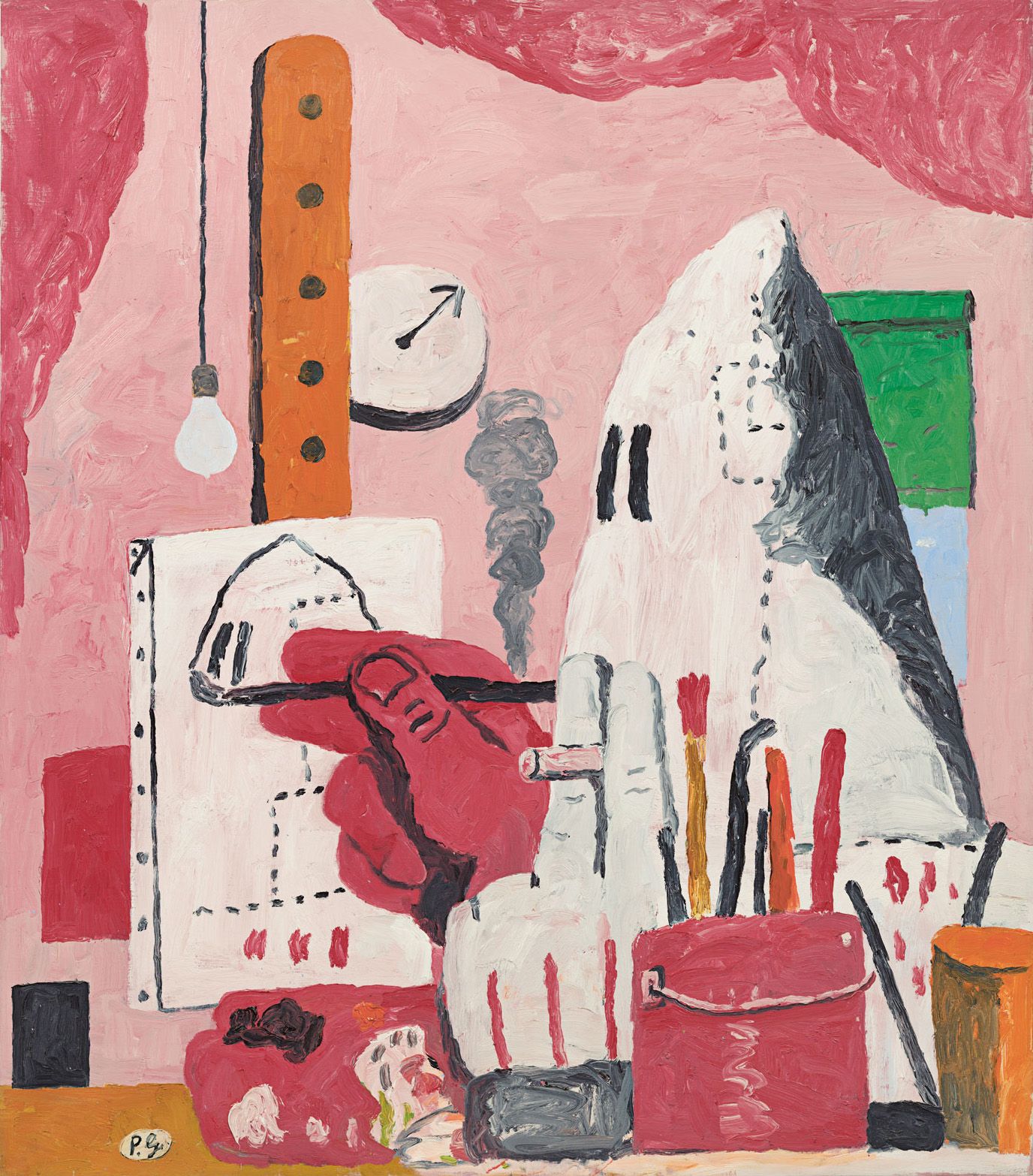 Critics and scholars have reacted angrily to the announcement that a major touring exhibition dedicated to the late Canadian-American artist Philip Guston, and due to run at four major museums over the next two years, has been delayed until 2024. A spokesperson for the National Gallery of Art in Washington, DC—one of the four museums involved—told ARTnews that organisers were concerned about “painful” images of Ku Klux Klan characters in some of Guston’s works.

The decision announced this week in a joint statement from the directors of all four museums—Tate; National Gallery of Art, Washington; Museum of Fine Arts, Boston; and the Museum of Fine Arts, Houston—said that the reason is “the racial justice movement that started in the US… in addition to challenges of a global health crisis”.

But Mark Godfrey, who was due to curate the Guston show at Tate Modern, has questioned the move. “Cancelling or delaying the exhibition is probably motivated by the wish to be sensitive to the imagined reactions of particular viewers, and the fear of protest. However, it is actually extremely patronising to viewers, who are assumed not to be able to appreciate the nuance and politics of Guston’s works,” he writes in a lengthy statement on Instagram.

“As art museums, we are expected to show difficult art and to support artists. By cancelling or delaying, we abandon this responsibility to Guston and also to the artists whose voices animate the catalogue such as Glenn Ligon [and] Tacita Dean,” Godfrey wrote.

According to Robert Storr, author of a recent Guston biography, “the prompt was push back from staff about an anti-lynching image from the 1930s, which was in effect the predicate for all of Guston’s later Ku Klux Klan imagery”. Storr adds: “If the National Gallery of Art, which has conspicuously failed to feature many artists-of-colour, cannot explain to those who protect the work on view that the artist who made it was on the side of racial equality, no wonder they caved to misunderstanding in Trump times.”

Guston’s daughter, Musa Mayer, also released a statement this week saying she was “deeply saddened” by the decision. She added: “My father dared to unveil white culpability [in this series of works], our shared role in allowing the racist terror that he had witnessed since boyhood, when the Klan marched openly by the thousands in the streets of Los Angeles. As poor Jewish immigrants, his family fled extermination in the Ukraine. He understood what hatred was. It was the subject of his earliest works. […] This should be a time of reckoning, of dialogue. These paintings meet the moment we are in today. The danger is not in looking at Philip Guston’s work, but in looking away.”

The show, titled Philip Guston Now, which has “been years in the planning”, was due to include around 125 paintings and 70 drawings drawn from 40 public and private collections. It had already been postponed once because of the coronavirus pandemic (the first leg of the tour had been due to open in Washington, DC in June 2020).

The four museums are now postponing the exhibition “until a time we think that the powerful message of social and racial justice that is at the centre of Philip Guston’s work can be more clearly interpreted”. The directors say they now plan to “reframe their programming… and bring in additional perspectives and voices to shape how we present Guston’s work to our public”.

Godfrey adds on his Instagram feed that “the statement [from the museums] describes a need to take four years to re-think the presentation of Guston’s art, but perhaps this time was sought for other reasons”.

Rachel Wetzler, the associate editor at Art in America magazine, wrote on Twitter: “Amazing to see four museums essentially admit they don’t trust themselves to adequately contextualise the work”. Jason Farago, the art critic at the New York Times, posted that “it is bleak, beyond words, not to say cowardly, for these museums to postpone their Guston retrospective for four years”.

According to the publication MoMA Highlights: 375 works from The Museum of Modern Art New York, Guston’s images of Klansmen first appeared in the early 1930s and were prompted later by the civil unrest of the 1960s. He said: “They are self-portraits… I perceive myself as being behind the hood… The idea of evil fascinated me… I almost tried to imagine that I was living with the Klan. What would it be like to be evil?” Guston was an “ardent supporter of racial equality and opponent of discrimination”, the NGA told ARTNews.

When creating content to post on social media, you ought to be asking yourself: How to make sure the content would contribute successfully to the digital marketing of your brand? CREATING CONTENT THAT BOOSTS DIGITAL MARKETING