Latest Blogs
Home FESTIVALS How to hold a beer festival during Covid: ‘It’s forced us to think’ 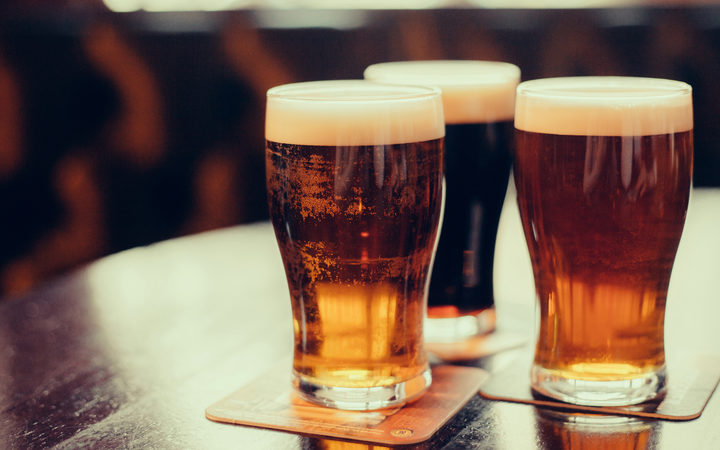 How to hold a beer festival during Covid: ‘It’s forced us to think’

It has not been easy preparing for next week’s Dunedin Craft Beer and Food Festival during Covid but attendance is looking strong, an organiser says.

More than 12,000 people are expected to attend Forsyth Barr Stadium over the last two days of October with about 70 vendors offering craft beer, gin, wine, martinis and food.

Event manager Jason Schroeder said it had been a stressful few months trying to prepare for any changes in the Covid alert levels.

“For a long time there we were sitting on the fence as to whether we were going to be going to be able to do this or not, and tickets went on sale at the start of July so we had 10,000-11,000 tickets out there, and the majority of our vendors had confirmed as well,” he said.

To encourage North Island vendors to come, they dropped some vendor fees and tried to reduce their costs, Schroeder said.

“We want this event to be successful for everyone involved. We want to be able to offer something really positive for Dunedin, for the city and for ticket holders. But we also want the breweries that are coming from the North Island to be able to have a really good promotional opportunity but also make some money out of this.

“I think we just kept a really open dialogue with our suppliers and vendors and artists throughout the last six, eight, nine months. We made multiple plan b, c ,d scenarios that we’ve worked through in case next week we drop back to level 2 or there’s restrictions in Auckland but not the rest of the country.”

They weren’t sure how many vendors would travel or be able to make the trip.

“For a while there it looked like we might have been down to only hitting about 60 percent of the normal number of breweries that we have represented. There were a lot who were really on the fence of whether they were going to be able to make it from the North Island. But I think we’re probably sitting around 90 – 95 percent of the normal breweries we have.”

It had also created more opportunities for smaller local craft brewers and food vendors to get a foot in the door when it might have been harder in previous years, he said.

Two new bar areas have been set up as part of the festival, and there are more collaborations with New Zealand businesses through Tasting Room Sessions which have been curated by Dine Dunedin.

“It’s kind of forced us to think rather than try and do stuff ourselves, ‘how can we build stronger relationships with people who are experts in their fields’ and bring that to the festival.”

Sign up with TOP today and you will see how TOP can bring clients to you. Get connected with a digital marketing platform that brings in clients from all over the globe. This gives you a chance to offer your skills to many different businesses and even government agencies too that might be looking for press release help.