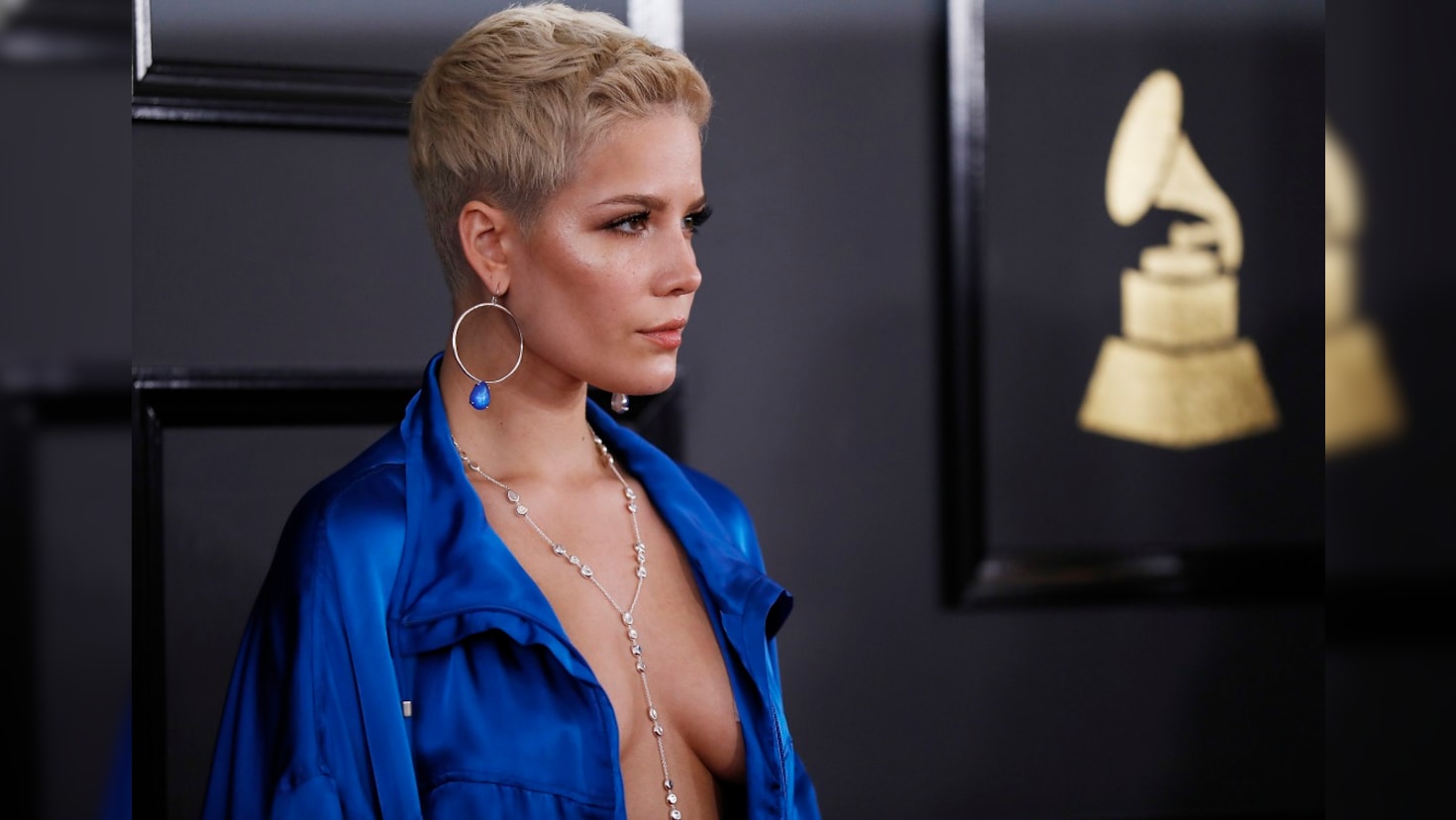 Halsey isn’t holding back after she and The Weeknd were left off of this year’s list of nominees for the Grammy Awards.

The singer, 26, shared a statement on her Instagram Story on Saturday noting that she “wanted to choose my words carefully.”

In the statement, she claimed it takes “knowing the right people” at the Recording Academy to snag a nomination and it’s not based on “quality.”

“I’ve been thinking and wanted to choose my words carefully because a lot of people have extended sympathy and apology to me since the Grammy nominations,” Halsey stated. “The Grammys are an elusive process. It can often be about behind the scenes private performances, knowing the right people, campaigning through the grapevine, with the right handshakes and ‘bribes’ that can be just ambiguous enough to pass as ‘not-bribes.'”

Halsey pictured at the 59th Annual Grammy Awards in Los Angeles. She is now slamming the Recording Academy’s nomination process, saying it isn’t based on ‘quality.’ (Reuters)

The “Without Me” singer added that even if you “get that far, it’s about committing to exclusive TV performances and making sure you help the Academy make their millions in advertising on the night of the show.”

She concluded: “Perhaps sometimes it is (!!) but it’s not always about the music or quality or culture. Just wanted to get that off my chest. [The Weeknd] deserves better, and Manic did too, perhaps it’s unbecoming of me to say so but I can’t care anymore.”

The previously two-time nominated musician said that she is “thrilled” for this year’s nominees but asks that moving forward there is “more transparency or reform” in the process.

She noted that her post will “blacklist me anyway.”

The Recording Academy did not immediately return Fox News’ request for comment.

The Weeknd called the Grammys ‘corrupt’ on Twitter. (Axelle/Bauer-Griffin/FilmMagic)

He added that the Recording Academy “owes” him, his fans as well as the music industry “transparency.”

According to Vulture, The Weeknd’s album, “After Hours,” which was released in March, spent four weeks on the Billboard 200 and has been certified platinum four times. In addition, his “Blinding Lights” single off of the 2019 record of the same name sat at No. 1 in March and broke the record for most weeks in Billboard Hot 100’s top five, the outlet reported.

As for The Weeknd’s lack of nominations, Recording Academy Chair and Interim President/CEO, Harvey Mason Jr., told Fox News in a statement on Tuesday: “We understand that The Weeknd is disappointed at not being nominated. I was surprised and can empathize with what he’s feeling. His music this year was excellent, and his contributions to the music community and broader world are worthy of everyone’s admiration.

“We were thrilled when we found out he would be performing at the upcoming Super Bowl and we would have loved to have him also perform on the GRAMMY stage the weekend before,” added Mason Jr. “Unfortunately, every year, there are fewer nominations than the number of deserving artists.  But as the only peer-voted music award, we will continue to recognize and celebrate excellence in music while shining a light on the many amazing artists that make up our global community.”

In addition to The Weeknd, other artists including Nicki Minaj and Justin Bieber also aired their frustrations with the Recording Academy.

Investors take heed!  Learn all about how much your money will grow if you open a personal or corporate bank account in the United States of America.  Check out the details at #topcompanyformation.com