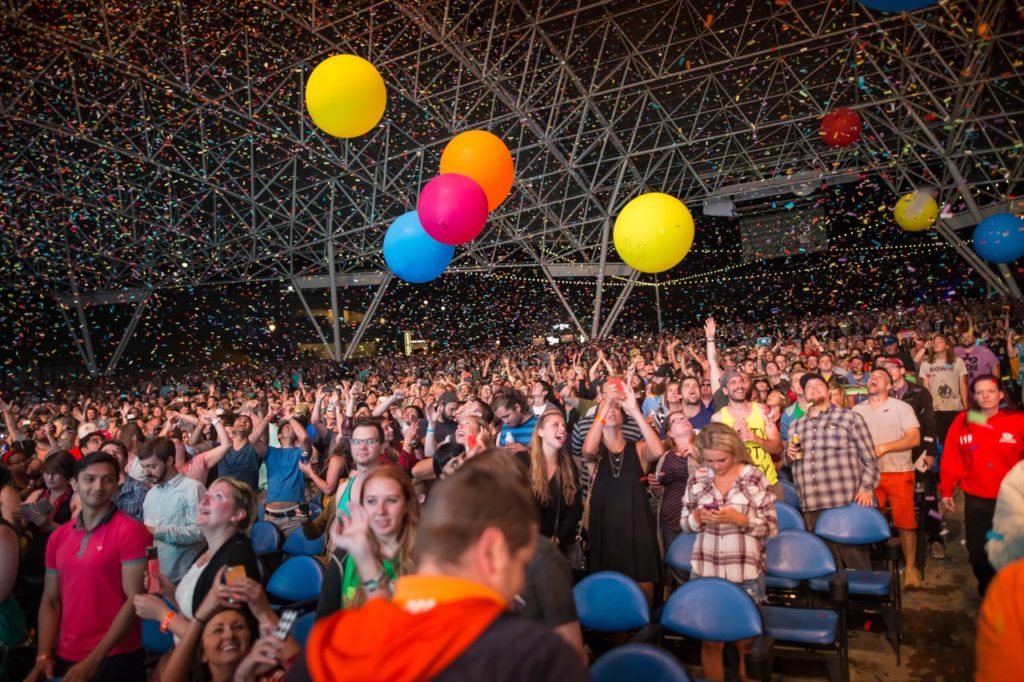 How Summerfest’s Pandemic Response Compares to Other Music Festivals

It’s no surprise that concerts, festivals and shows are being canceled or rescheduled. There is a lot of uncertainty about whether events will happen as we approach the 2021 festival season.

Last week, we learned that Milwaukee’s flagship music festival, Summerfest, is postponing until September. But it’s not just Summerfest having to navigate through this tricky pandemic. Across the country, major music festivals have been canceling or postponing, too.

Here’s a look at how some of the other big-name festivals are planning for their 2021 events.

Widely known across the country and for announcing their decision in early March, both the Coachella and Stagecoach Country Music festivals have been canceled. The statement released regarding the cancelation of the festivals for the second year in a row was focused on the “hundreds of thousands of attendees from other countries” flying into Riverside County to see the performances.

DATES TO BE DETERMINED

Held in Chicago’s Grant Park each year, Lolapalooza postponed their 2020 event until summer of 2021 saying that “the health and safety of our fans, artists, partners, staff and community is always our highest priority.” The 2021 dates are yet to be announced. This past summer they held a weekend long virtual event from July 30-Aug. 2 showcasing artists from around the world.

The Governor’s Ball Music festival, which is usually held on the first weekend of June at Randall’s Island Park, has been pushed back to September. They announced their new dates with the slogan “New Year, New Dates” along with a promise to release the lineup soon.

The BottleRock Festival announced in July that the 2020 festival would be pushed back to 2021. Now, the dates are out. You can go to their website to pre-register for tickets. The new dates for the festival are Sept. 3-5

Austin City Limits canceled their 2020 festival stating that it was “the only responsible solution.” The 2021 festival is still on schedule for Oct. 1-3 & 8-10.