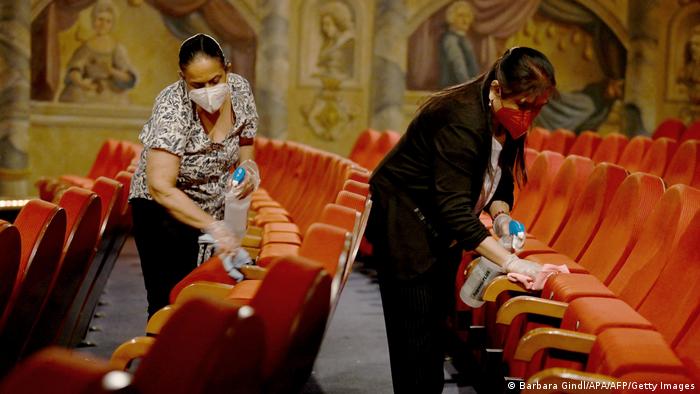 Why the Salzburg Festival didn’t cancel during the pandemic

The Austrian music festival was the only major festival held with a live audience last year. With its Whitsun event, this is now year two of the “miracle of Salzburg.”

From May 21 to 24, the Salzburg Festival is putting on four opera evenings and four concerts, plus a film program for its Whitsun event.

All events will take place indoors, in concert halls filled at half capacity. Seating will be in a checkerboard pattern, medical FFP2 face masks are compulsory for the audience at all times, even during the performance. In addition to a personalized ticket, visitors must present a valid negative COVID-19 test certificate or proof of vaccination.

None of these requirements due to the coronavirus crisis can dampen the joy of the organizers: “We are finally playing in front of an audience again!” festival director Cecilia Bartoli cheered. “We can be on stage and perform again, it’s a historic moment.”

Bartoli, too, will be performing in the oratorio Il trionfo del Tempo e del Disinganno (The Triumph and Time and Disillusion). Directed by Robert Carsen and conducted by Gianluca Capuano, the premiere of George Frideric Handel’s masterpiece kicks off the festival’s Whitsun program on May 21.

The work reflects perfectly well the current zeitgeist, said Carson. After all, Handel’s work is “about beauty, about time, about pleasure, but also about rethinking our own lives, which the pandemic has forced us all to do,” the director said.

So, it’s — almost — the same as usual. Which begs the question why such an event is doable in Salzburg, but not yet in Germany?

First of all, according to Jan Brachmann, a renowned German music critic and editor at Frankfurter Allgemeine Zeitung, the epidemiological situation in Austria is slightly more relaxed than in Germany.

The second reason is political, Brachmann said, and essentially linked to the festival’s president, Helga Rabl-Stadler.

For years, Rabl-Stadler was a politician for the ÖVP party, Brachmann pointed out: “I believe that her political connections have been very helpful in getting the festival to take place.”

Thirdly, there is the economy. “The share of tourism in Austria’s gross domestic product is almost twice as high as in Germany,” Brachmann told DW. “It was 3.9% in Germany in 2019 compared to 7.3% in Austria. The festival boosts tourism tremendously, especially in the province of Salzburg.” 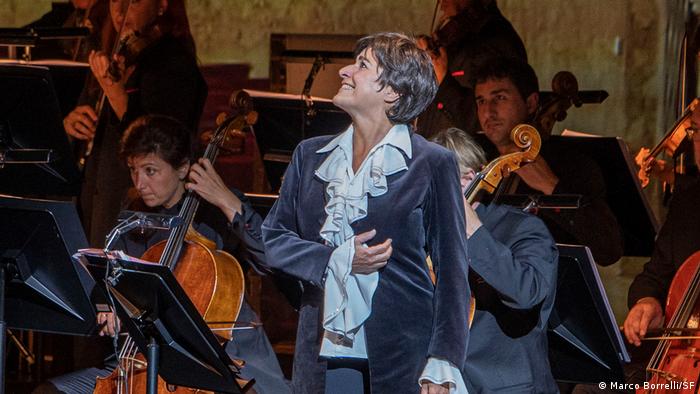 Cecilia Bartoli on stage in 2020: The Italian mezzo-soprano heads the Salzburg Whitsun Festival until 2026

Last year, too, the Salzburg Festival was a great exception, the only major festival held as an audience event.

It was slimmed down, with a strict hygiene concept supervised by medical experts. All staff and artists were tested daily, the program and ensembles were downsized, and the Vienna Philharmonic was the only orchestra allowed to play. “We are skating on thin ice,” Salzburg artistic director Markus Hinterhäuser told DW back then. The ice held: There was not a single case of COVID-19 found to have spread among the festival’s 76,500 visitors. 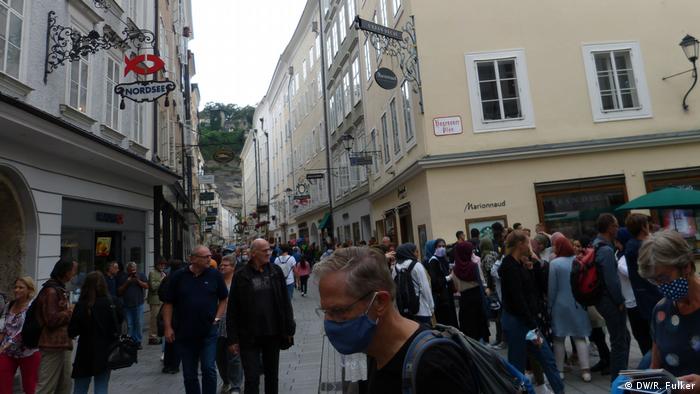 Salzburg’s famed Getreidegasse during the 2020 festival

So this is year two for the “miracle of Salzburg.” The Whitsun overture is to be followed by the actual festival from mid-July to the end of August.

Over 46 days, 168 performances are planned, including the greatly anticipated premiere of Mozart’s Don Giovanni in a production by Romeo Castellucci with Teodor Currentzis on the podium, which was postponed for this year; then there’s Puccini’s Tosca with Anna Netrebko in the title role.

Meanwhile German classical music festivals are still pondering various possibilities. The Bach Festival in Leipzig in June is set to be digital only, while major summer festivals, including the Richard Wagner Festival in Bayreuth or the Beethovenfest in Bonn, are considering different hybrid forms. The plans will be adapted to the situation as needed.

This article was translated from German.

For all your services in Vanuatu, hire the experts – Trade Board Limited.  We have first-hand knowledge of the country and all procedures for these services.  Contact us today at https://tradeboard.biz.